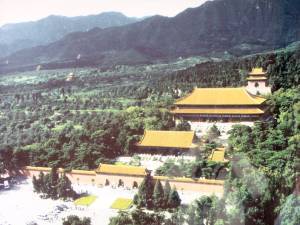 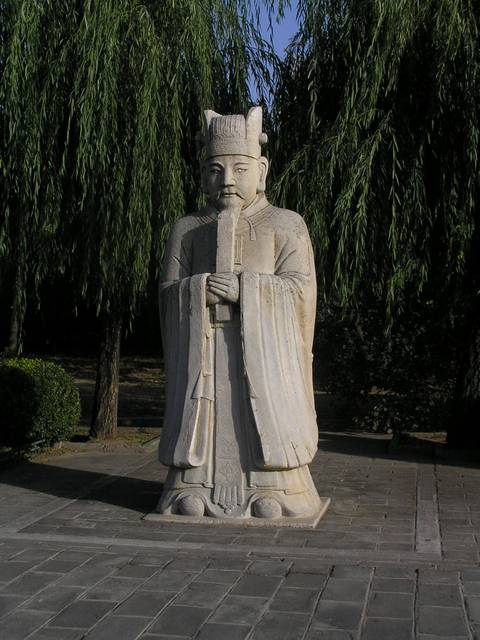 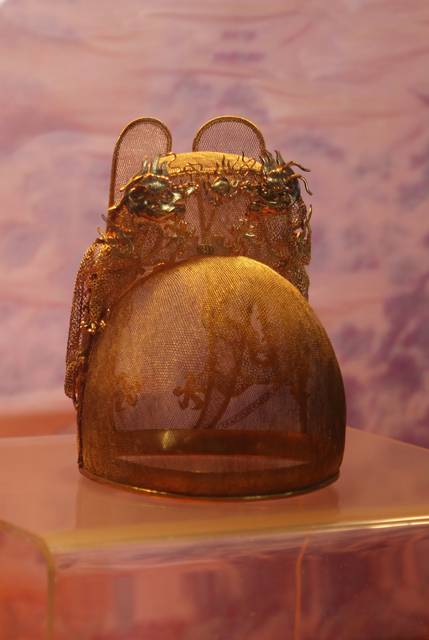 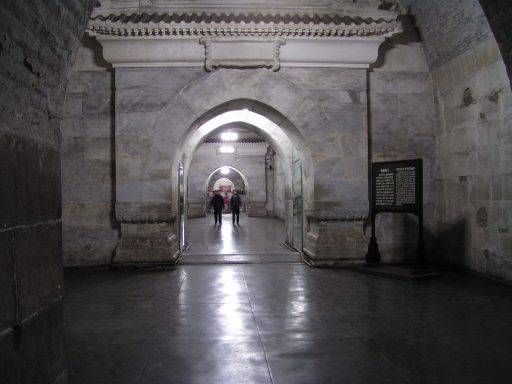 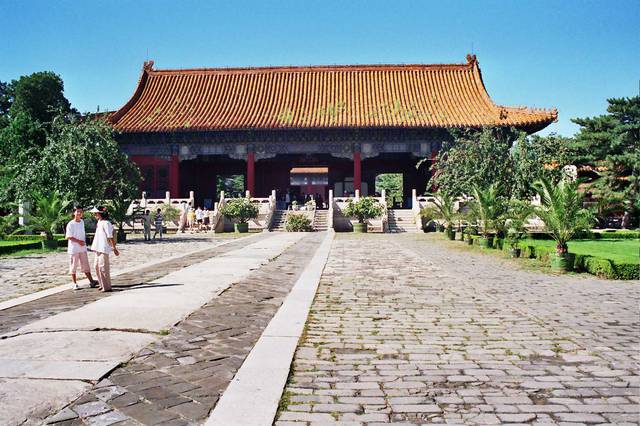 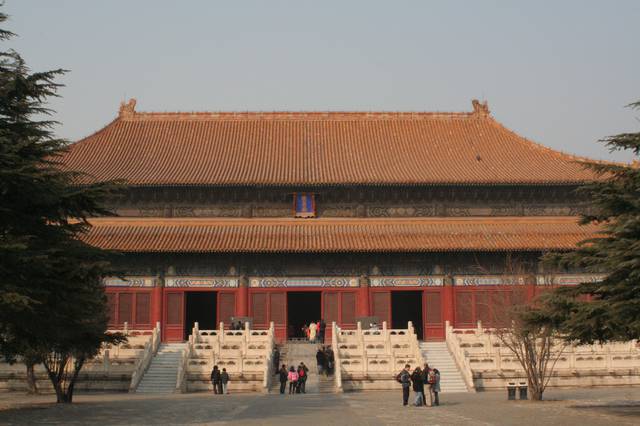 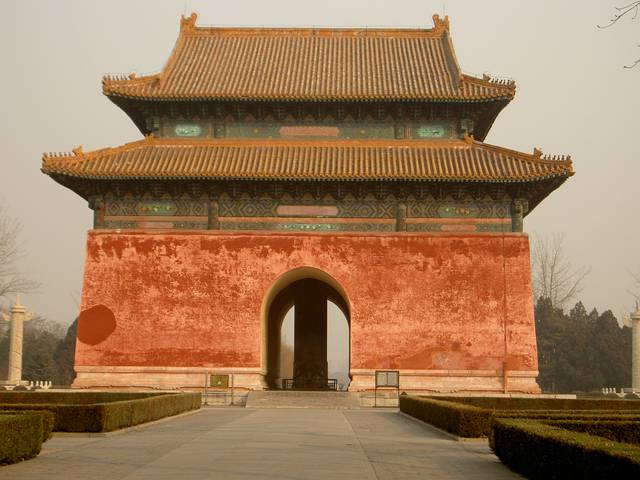 The Ming tombs are a collection of mausoleums built by the emperors of the Ming dynasty of China. The first Ming emperor's tomb is located near his capital Nanjing. However, the majority of the Ming tombs are located in a cluster near Beijing and collectively known as the Thirteen Tombs of the Ming Dynasty . They are within the suburban Changping District of Beijing Municipality, 42km north-northwest of Beijing city center. The site, on the southern slope of Tianshou Mountain (originally Huangtu Mountain), was chosen based on the principles of feng shui by the third Ming emperor, the Yongle Emperor. After the construction of the Imperial Palace (Forbidden City) in 1420, the Yongle Emperor selected his burial site and created his own mausoleum. The subsequent emperors placed their tombs in the same valley. From the Yongle Emperor onwards, 13 Ming dynasty emperors were buried in the same area. The Xiaoling tomb of the first Ming emperor, the Hongwu Emperor, is located near his capital Nanjing; the second emperor, the Jianwen Emperor, was overthrown by the Yongle Emperor and disappeared, without a known tomb. The "temporary" emperor, the Jingtai Emperor, was also not buried here, as the Tianshun Emperor had denied him an imperial burial; instead, the Jingtai Emperor was buried west of Beijing. The last Ming emperor buried at the location was the Chongzhen Emperor, who committed suicide by hanging (on 25 April 1644). He was buried in his concubine Consort Tian's tomb, which was later declared as an imperial mausoleum Si Ling by the emperor of the short-lived Shun dynasty, Li Zicheng, with a much smaller scale compared to the other imperial mausoleums built for Ming emperors. During the Ming dynasty the tombs were off limits to commoners, but in 1644 Li Zicheng's army ransacked and set many of the tombs on fire before advancing and capturing Beijing in April of that year. In 1725, the Yongzheng Emperor of the Qing dynasty bestowed the hereditary title of Marquis on a descendant of the Ming dynasty imperial family, Zhu Zhiliang, who received a salary from the Qing government and whose duty was to perform rituals at the Ming tombs, and was also inducted the Chinese Plain White Banner in the Eight Banners. Later the Qianlong Emperor bestowed the title Marquis of Extended Grace posthumously on Zhu Zhuliang in 1750, and the title passed on through twelve generations of Ming descendants until the end of the Qing dynasty. Presently, the Ming Tombs are designated as one of the components of the World Heritage Site, the Imperial Tombs of the Ming and Qing Dynasties, which also includes a number of other locations near Beijing and in Liaoning province.