Railway travel can experience the beauty of nature and human engineering wisdom at the same time. Whether you like to travel slowly on the railway, enjoy the slow retreat of the mountains and villages outside the window, or you like the beauty of machinery, you like to use the camera to freeze bridges, tunnels, exhibition lines, locomotives, water signs, visit unknown stations, collect train tickets and platforms ticket. China has the world's second-largest railway network. It has both high-speed rail and modern transportation hubs, as well as classical railway stations, narrow-gauge railways, and even steam locomotives in operation, which is an endless treasure for railway travelers. "CRH" is the abbreviation of "China High-speed Railway" in English. It is a registered trademark of China Railway Science Research Institute Group Co., Ltd. It is painted on the exterior of the body of a power distributed electric train unit jointly produced by China and foreign countries. "CR" is the abbreviation of "China Railway Corporation", painted on the exterior of the Chinese standard EMU body independently developed by China.

The CRH series EMUs are named "Hexie(Harmony)", which means "building a harmonious railway, creating a harmonious journey, and building a socialist harmonious society". Some CRH series EMUs have been renamed in accordance with local tourism or commercial culture; among them, the appearance of CRH2G trains is " White Horse". The CR series EMU is named "Fuxing(Renaissance)", which means "carrying the Chinese dream of the great rejuvenation of the Chinese nation"; the appearance of CR400 trains has "red dragon" and "golden phoenix". 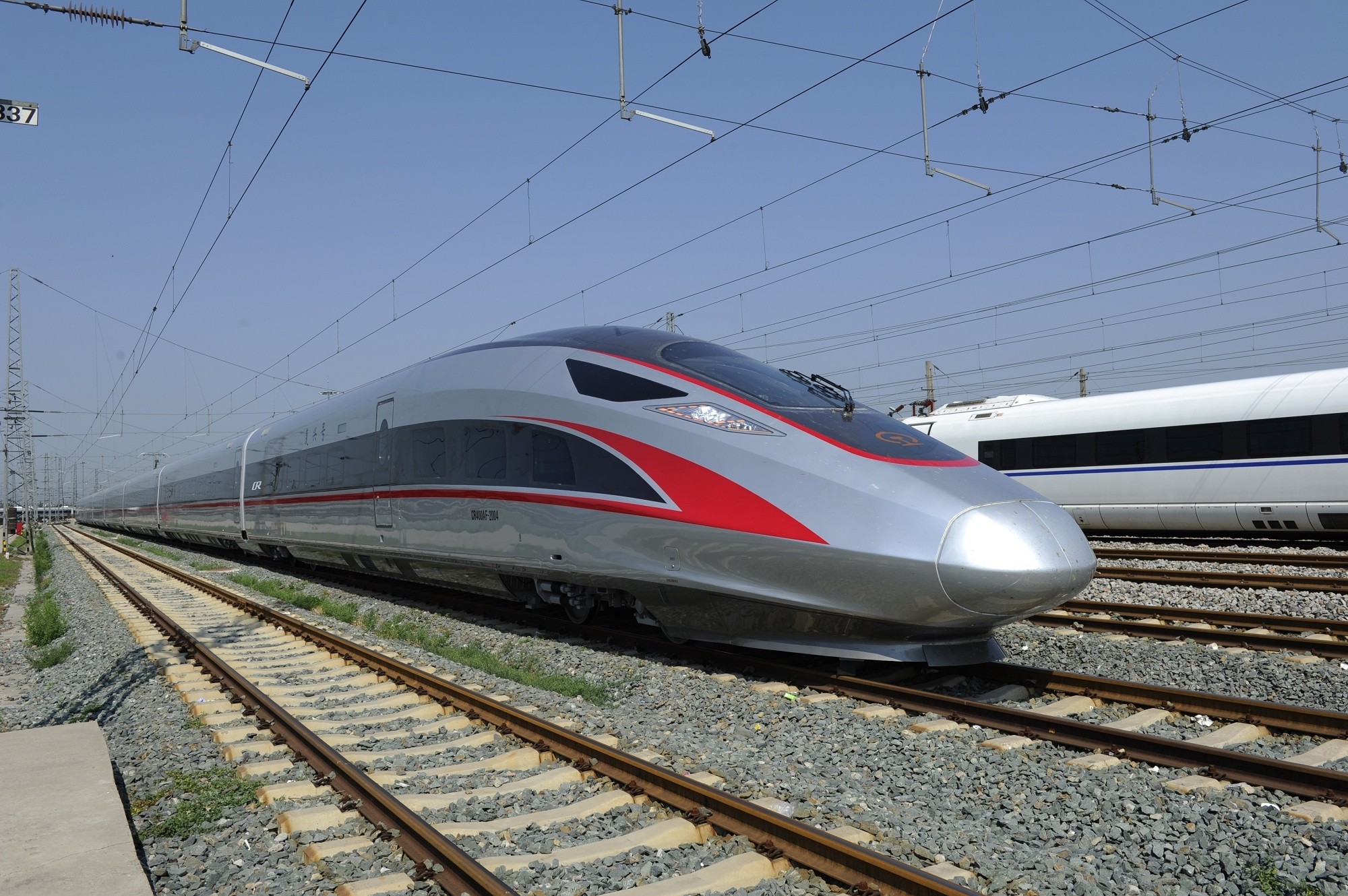 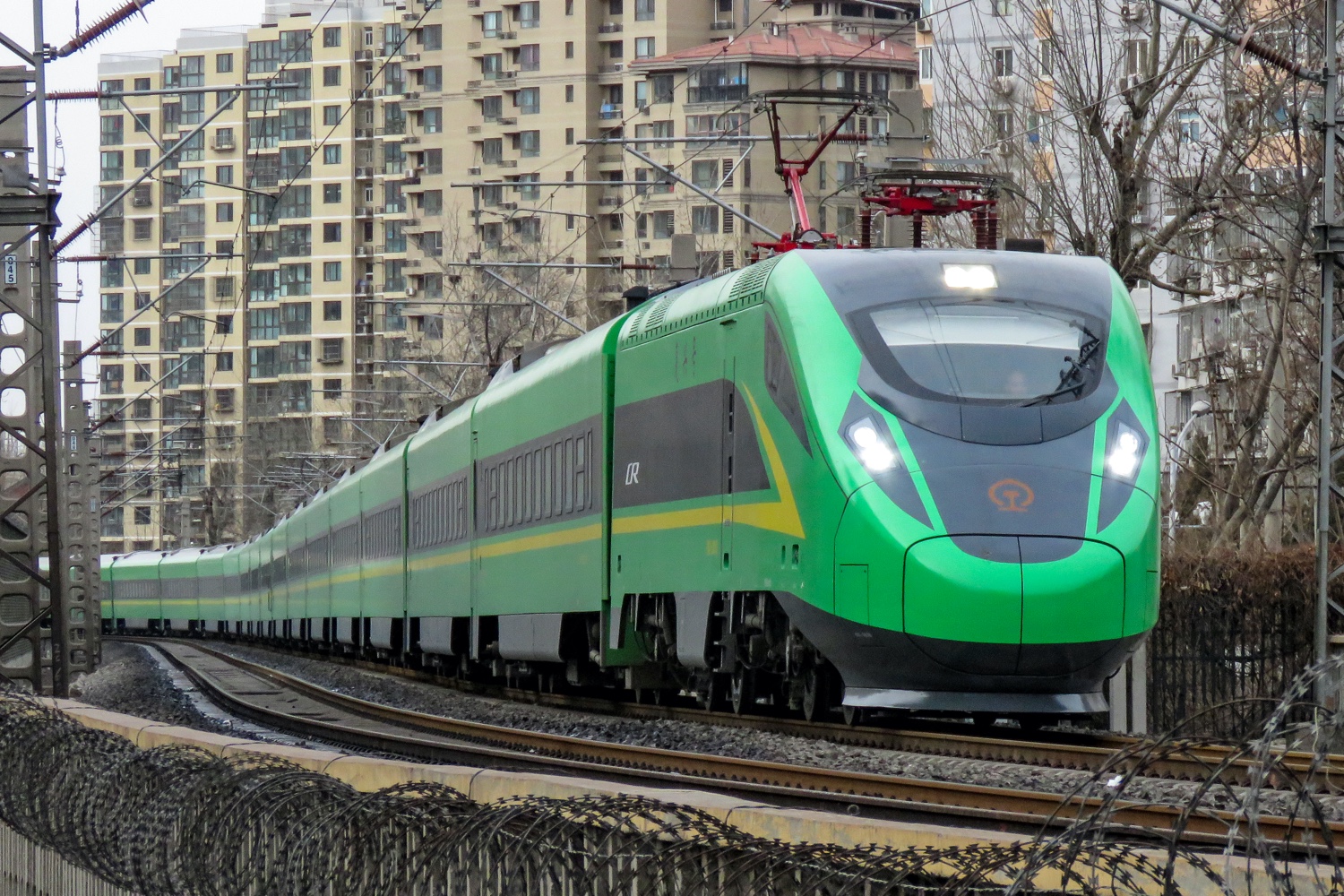 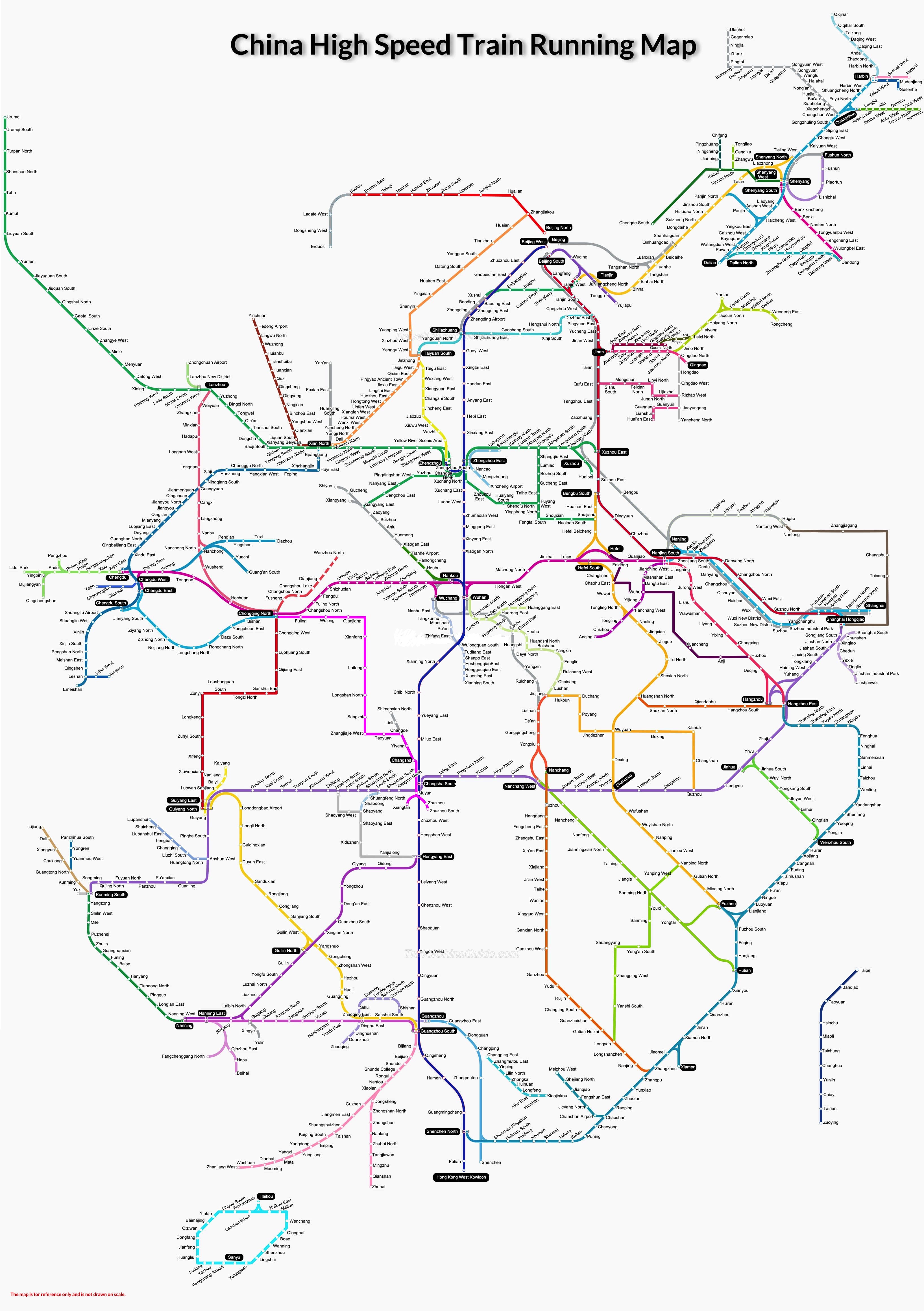 The facilities on the G and D trains include dining carts and snack carts. The bathroom is roughly clean. 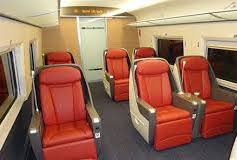 You can only found business class seats in certain G trains (high-speed trains). They are the most comfortable and most expensive seat category on domestic trains. Each row has three leather seats that can be adjusted backwards-two of them are located beside the aisle On one side, and the other seat is on the other side. This type of business class is suitable for travelers who wish to relax or rest during their journey.

Some G trains do not have business seats but VIP seats. Although the VIP seats are not as luxurious as the business seats, they are still very comfortable and equipped with reading lights and video systems. 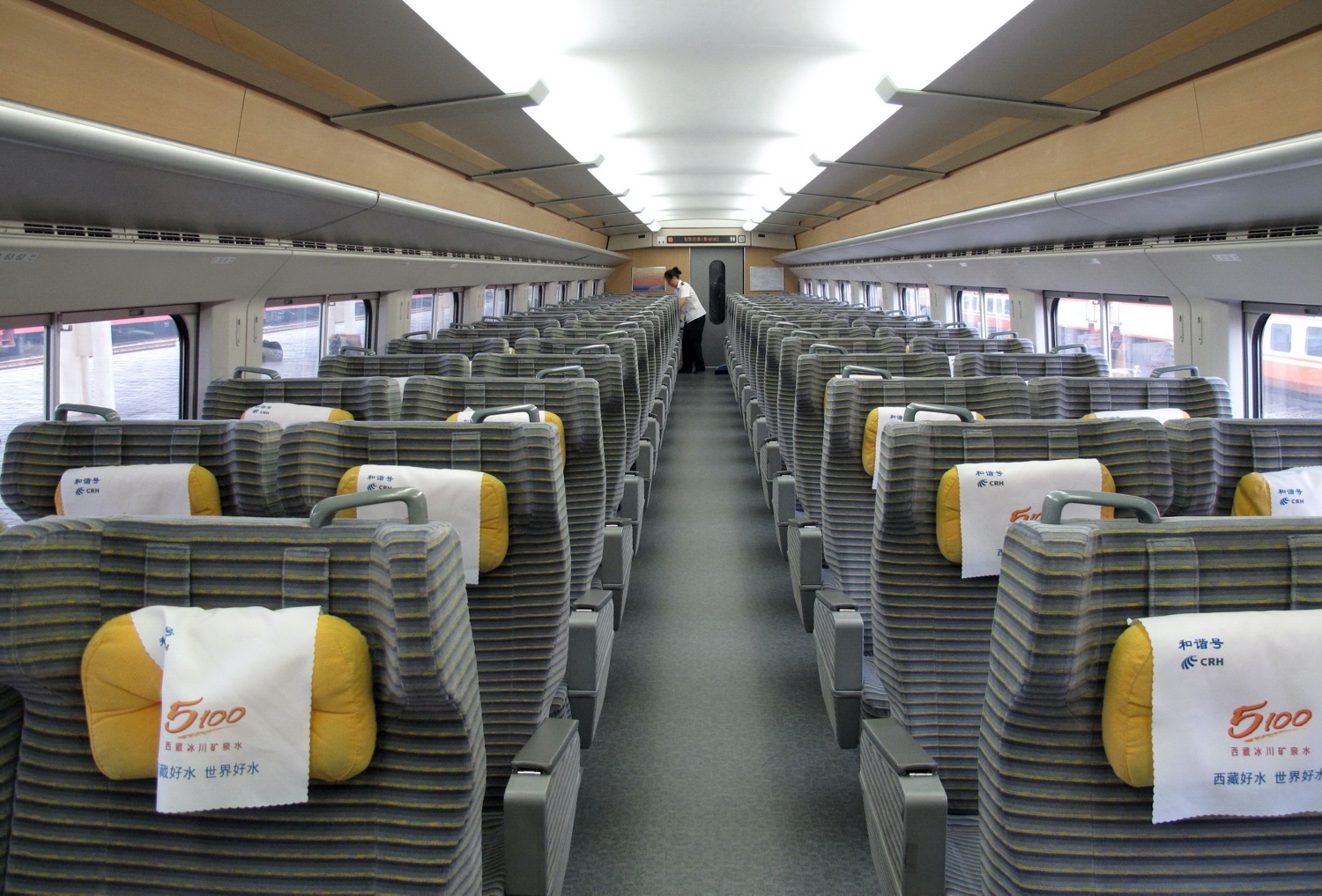 Each row has 4 seats, some of which can be adjusted backwards. This type of seat provides passengers with a comfortable and spacious space. In addition, each seat is also equipped with power sockets, pillows and a small table. 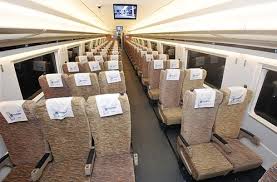 It is the most affordable seat category in domestic high-speed trains. Each row has 5 seats, and the seats are equipped with power outlets. Although the second-class seats are not as spacious as other seats, it is still a good choice for most passengers. Located in the business seating area, this type is a window seat, and passengers can enjoy the scenery along the way.

Sleeper EMU trains, are often mistakenly referred to as high-speed rail moving sleeping, which refers to a type of EMU trains operated in mainland China, so the type of train is generally sleeper Named after the carriage, it opened for the first time on December 21, 2008. Sleeper EMU trains generally choose to run at night, mostly in the evening. The main routes are from Beijing to Shanghai, Guangzhou, Shenzhen, Zhuhai, Guiyang, and Shanghai to Xi’an, Guangzhou, Shenzhen, Beijing, and Lanzhou. From January 1st to March 15th, 2015, the first sleeper EMU trains from Beijing and Shanghai to Guangzhou and Shenzhen.

Sleeping trains are usually scheduled to depart at around 8:00 in the evening, and arrives at 7:00 and 8:00 in the morning. The duration is 11-12 hours. This allows passengers to schedule more compact travel. It saves passengers' daytime time and is more suitable for travelers on business trips, traveling, and visiting relatives. Therefore, the sleeper trains are time-saving, trouble-saving, money-saving, safe, comfortable, and convenient, and they are also cost-effective. 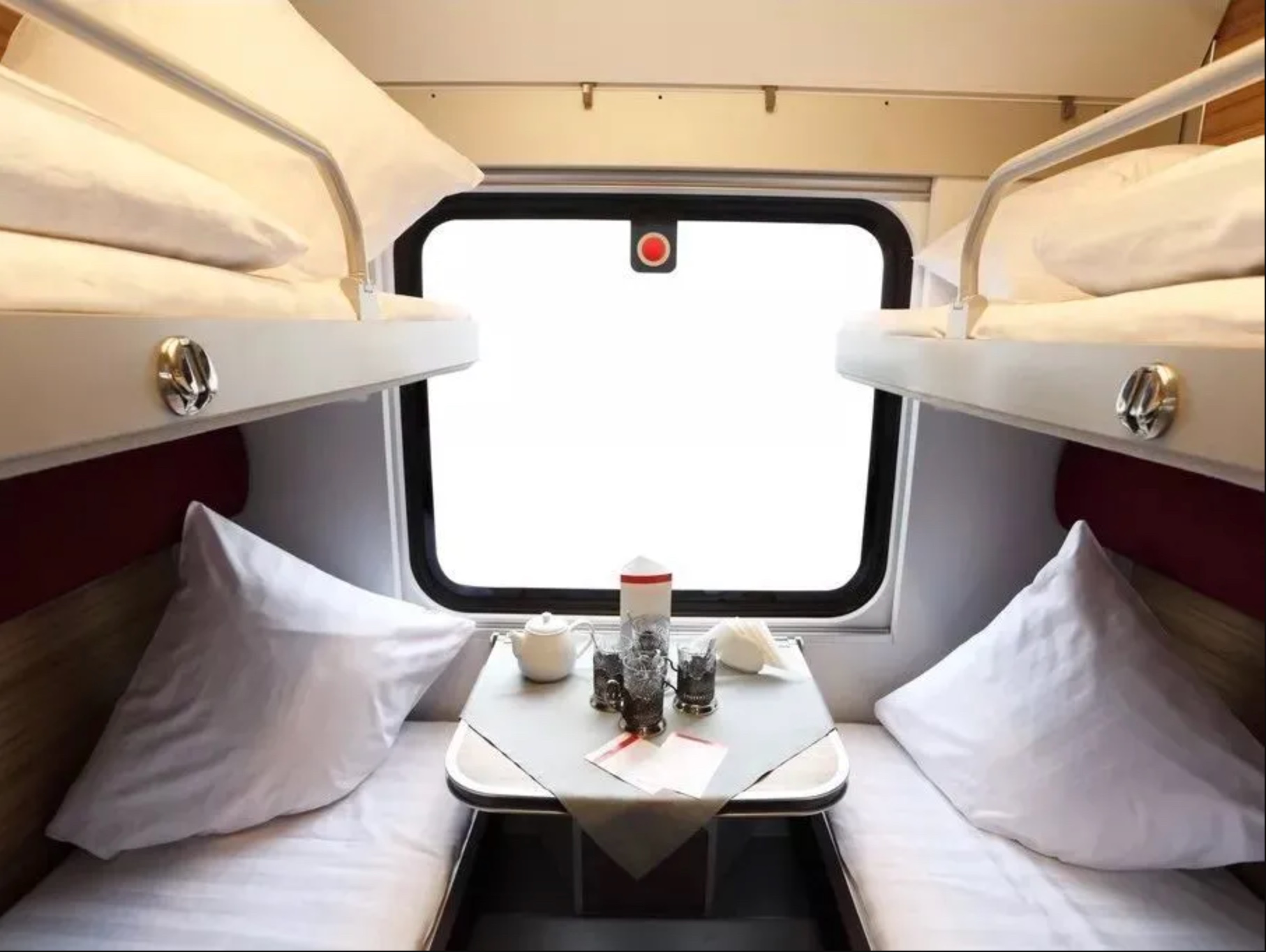 Each compartment of the soft sleeper has 2 upper berths and 2 lower berths. There is also a premium sleeper room for two persons.

Each compartment of the soft sleeper has 2 upper berths, 2 middle berth, 2 lower berths. 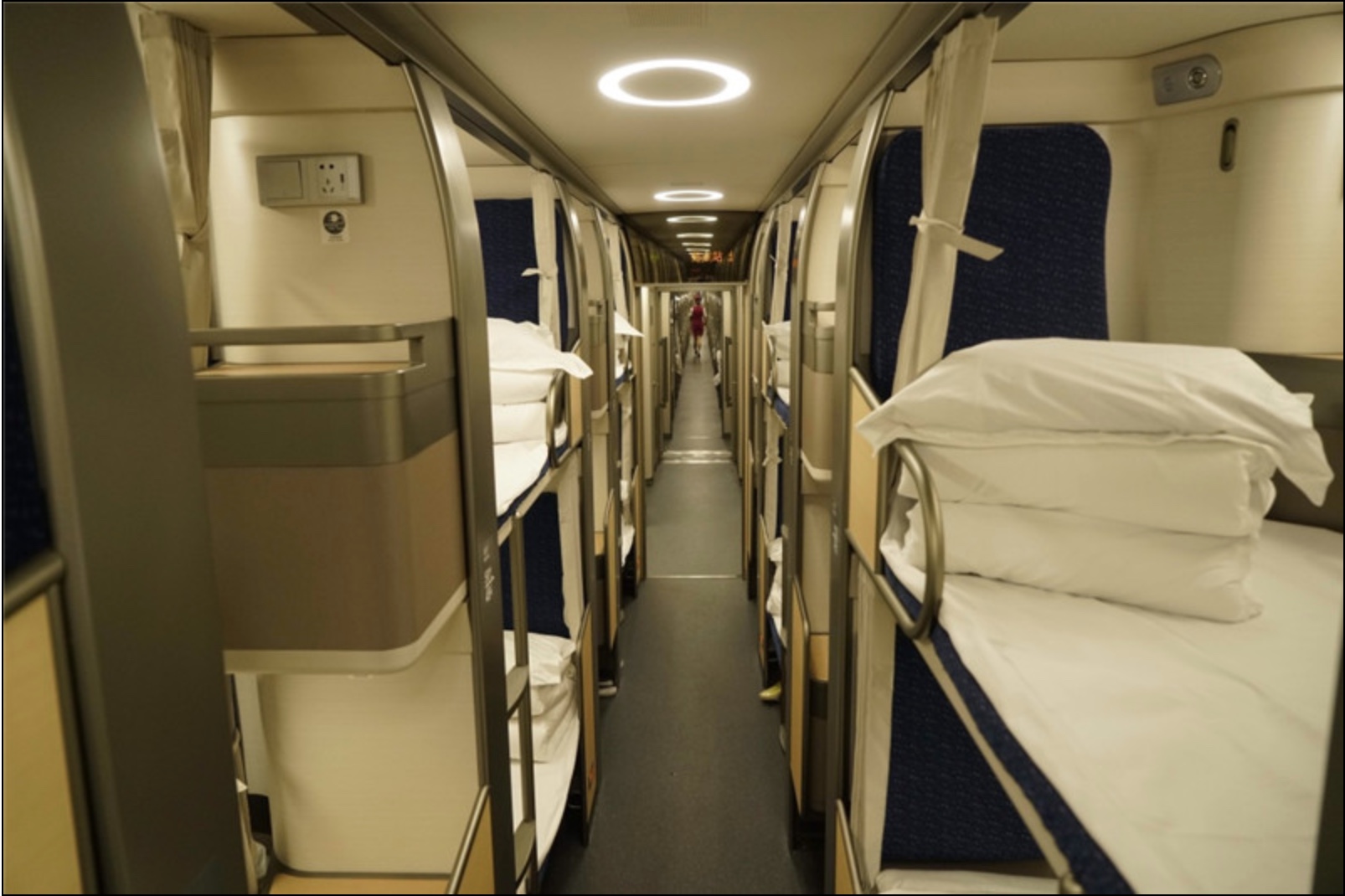 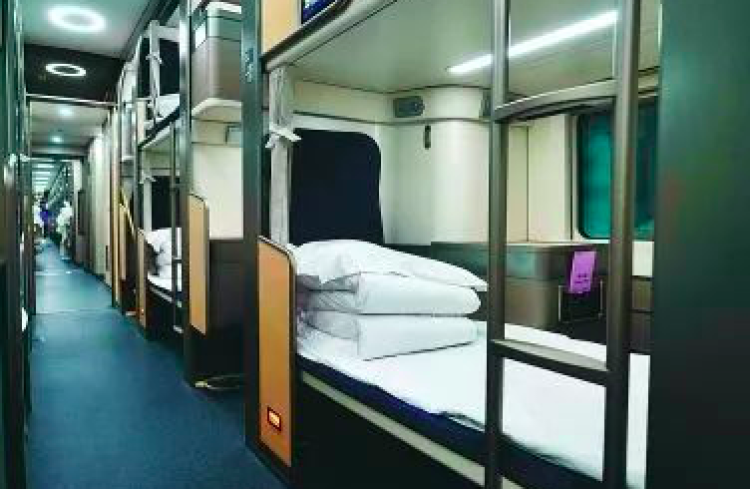 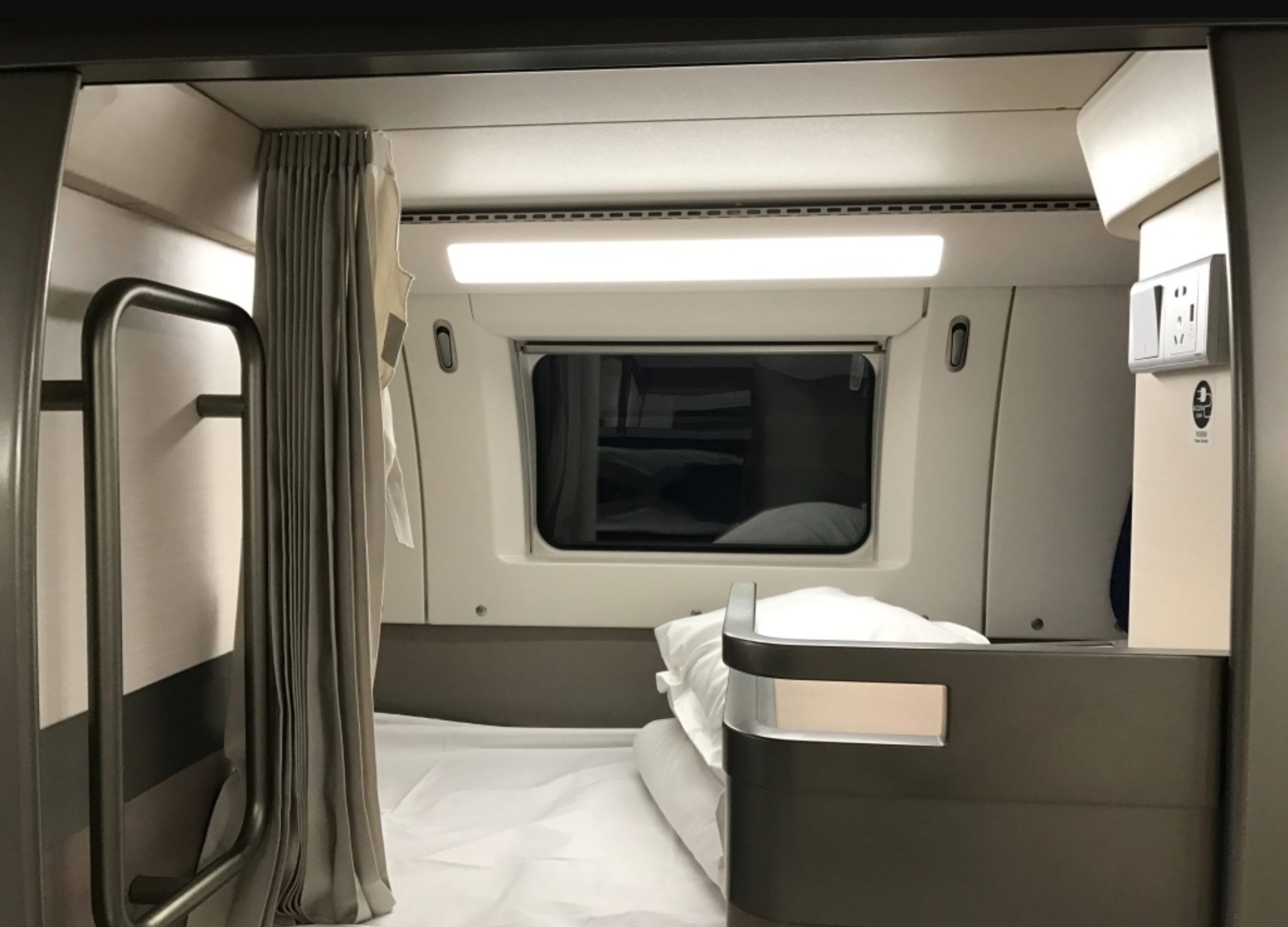 The facilities on the G and D trains include dining carts and snack carts. The bathroom is generally clean. 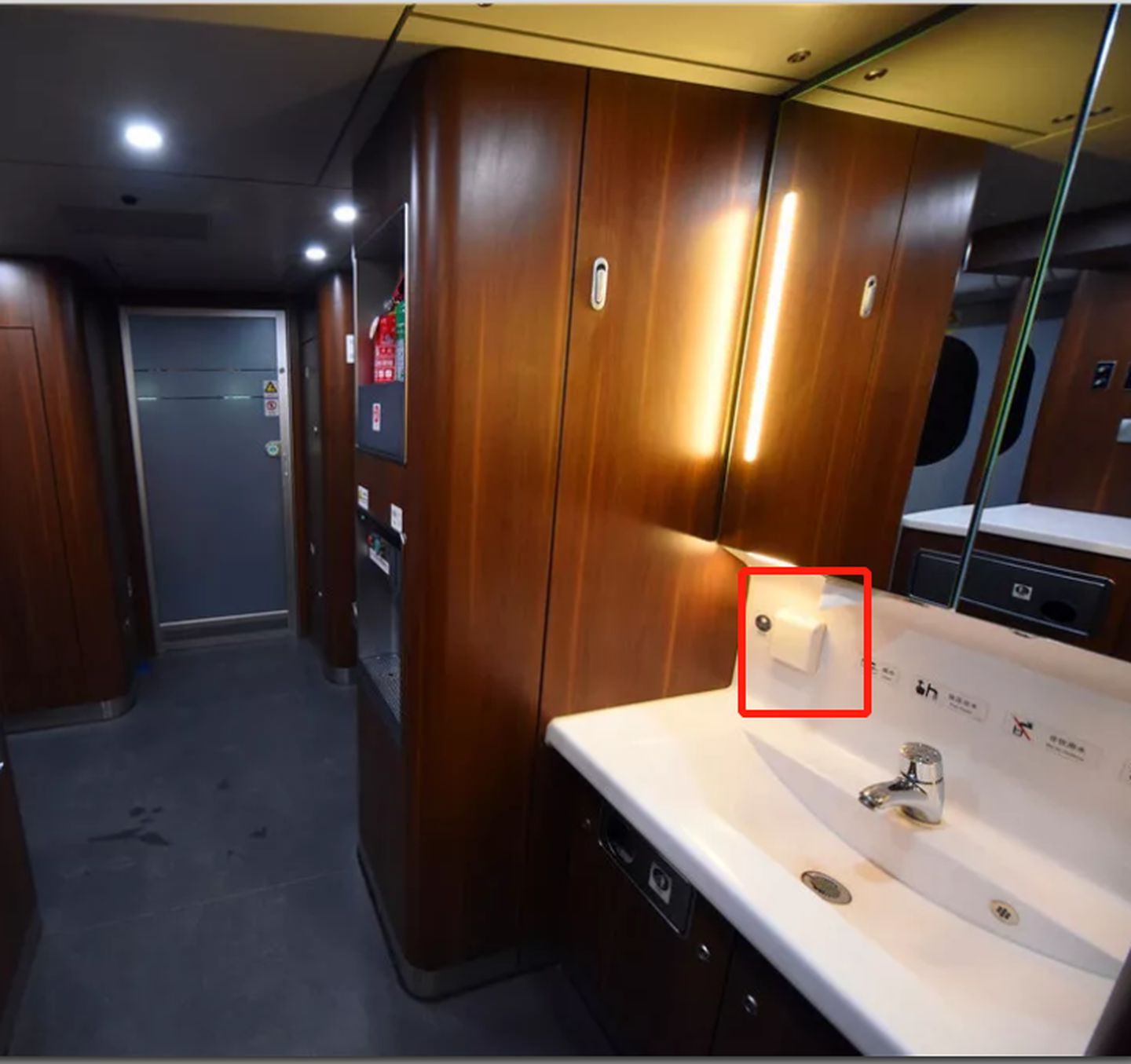 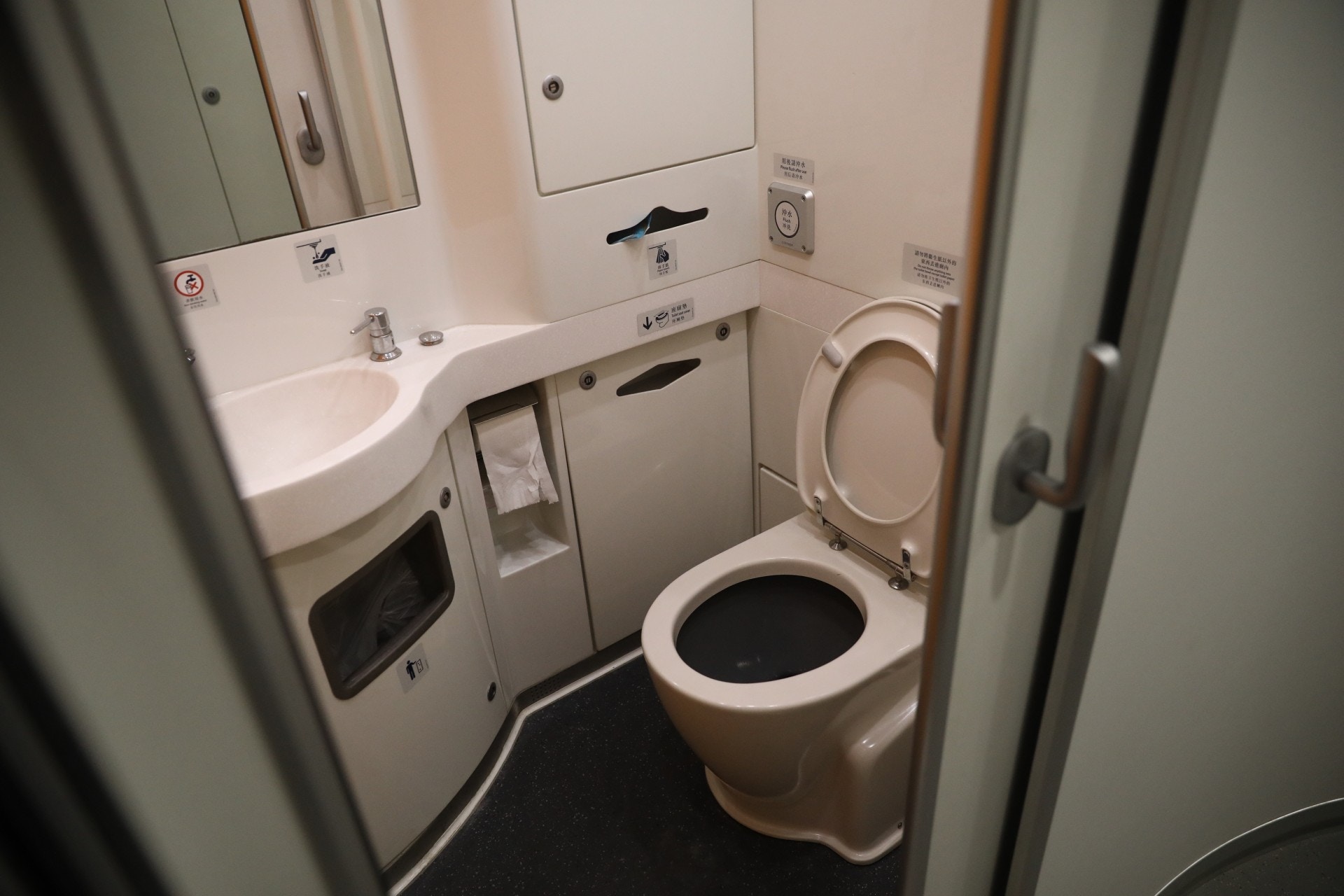 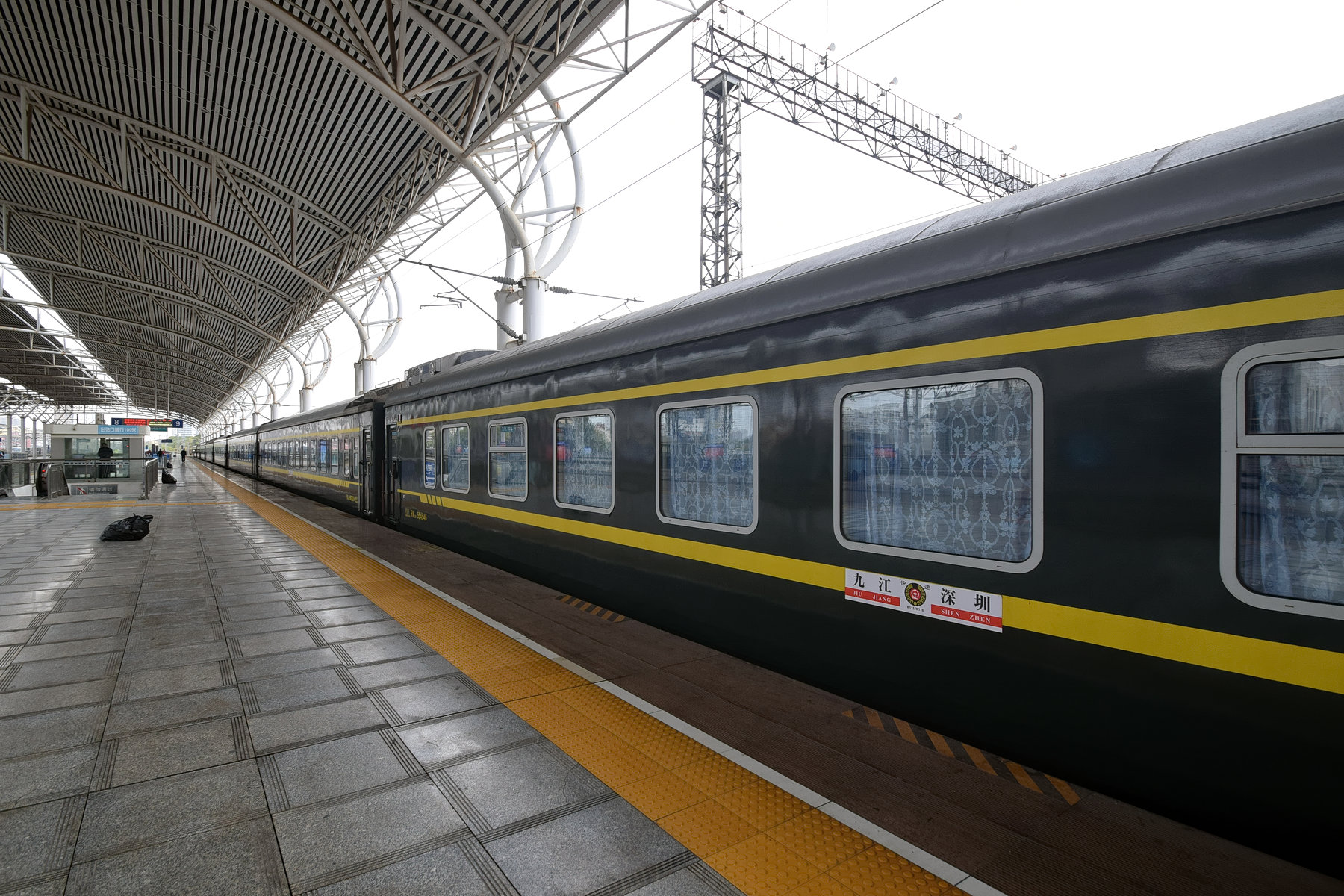 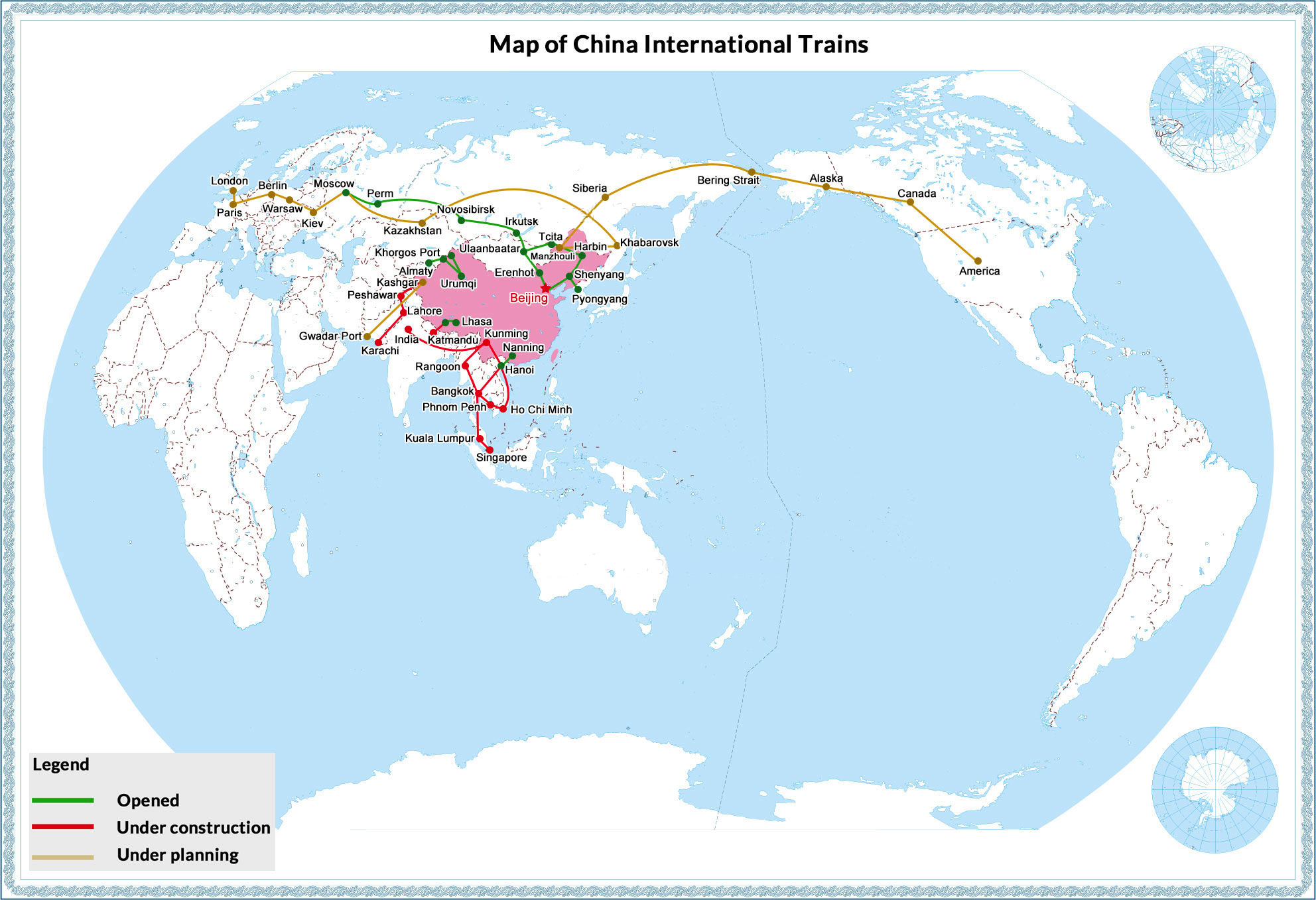 After booking a ticket from G2Rail, you will receive a ticket number, and the information about the train you booked will be linked to your valid documents (such as passports, ID cards for Mainland China, residence permits for residents of Hong Kong, Macau and Taiwan, etc.). Of course, you can directly enter the station through the gate with your ID. We recommend that the voucher and ticket number be printed at the station's automatic ticket machine or manual window. You need to purchase tickets based on valid ID documents such as ID cards or passports. There are some tips in route planning:

When China Railway sells tickets, more tickets are reserved for mainl stations. For example, if you start from Zhongxiang and take a bus to Hangzhou, there is only one K530/1. If you find that Zhongxiang’s sleeper tickets to Hangzhou have been sold out that day when planning your itinerary, don’t be disappointed, because it is the same train, and you may still have tickets for the sleeper from Wuchang Station to Hangzhou. If this is the case, as long as you have two valid documents, you can use one to buy a hard seat from Zhong Xiang to Wuchang and the other to buy a sleeper from Wuchang to Hangzhou. Therefore, if you often travel by train in China, it is best to take your passport to the train station for identity verification and verification as soon as possible, so that you can have two valid ticket purchase documents, an ID card and a passport, and can deal with some complicated situations.

Some green trains (regional trains) will pass the boarding and landing stations on the way, that is, stations that are unattended all year round. Generally speaking, the boarding and landing stations are set up to facilitate the commuting of local residents, but occasionally, travelers can also use them. For example, if you travel in Chifeng City, Inner Mongolia, you will first go to Balinzuo to visit the Liao Shangjing Site and Museum, and then you will go to Keshiketeng. At night, you want to stay in Reshui Town to enjoy hot springs. At this time, travelers can consider taking K898 times or 6038 times, from Lindong Station to Jingpeng Station, and then take a taxi or bus from Jingpeng Town to Shuei Town; or choose 6042 times from Lindong Station Sit directly to the Garadestai Station, which is a kind of embarkation and landing station. It should be noted that if a certain train will stop at the boarding and landing station, the timetable information can be queried on the 12306 website, but it is not possible to buy tickets with the boarding station as the starting or ending point. In the previous example, the correct approach should be to buy a ticket from Lindong Station to Linxi Station, and then contact the conductor after getting on the train to reissue the ticket for the remaining distance.

Once the train starts to run for a period of time, the inspector will pass and ask for the ticket. If you have just boarded the bus, please show your ticket (or your passport if your pass requires proof of age or proof of residence). The inspector will punch or stamp and return it to you. Unless there is a staff change, you do not need to show it again during the trip. Some regions and local trains will not have inspectors, and the passengers on these trains are on the credit system. Before boarding these trains, you must purchase all tickets and reserve seats. Regular spot checks and high fines are imposed on people who do not have valid tickets.

When the train arrives at the station, there will be a captain's announcement or an electronic display to announce the next station information. At some stations, the train only stays for one or two minutes. When the train enters your station, stand in front of a door. When the wheels stop, turn the handle on the door to automatically open the door. 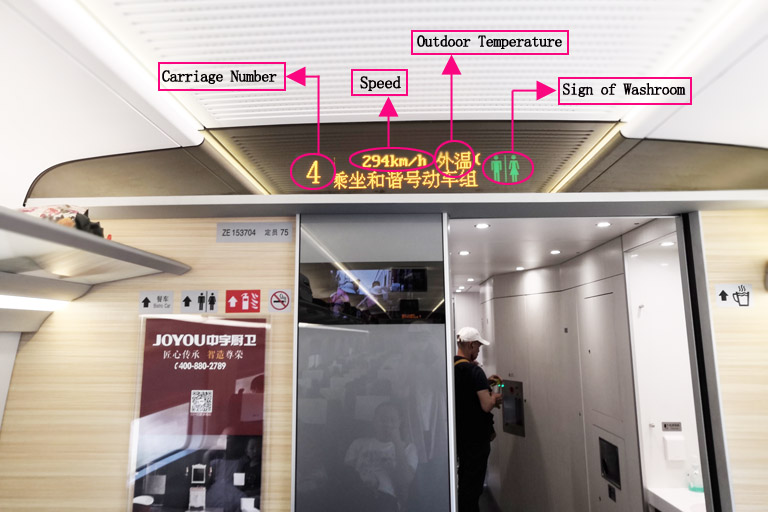