Puerta de Atocha is the largest railway station in Madrid. It is the main station of the commuter train (Cercanías), the southern intercity and regional trains, as well as from Barcelona, Seville and Malaga (Andalucía), Valencia and Alicante (Levante) AVE high speed train. These train services are operated by the Spanish national railway company Renfe. As of 2018, the station has a daily service in Marseille, France.

The station is located in the Atocha neighbourhood of the Arganzuela district. The Atocha station for Plaza del Emperador Carlos V is a transport complex consisting of the Spanish National Railways Madrid Atocha Cercanías and Madrid Puerta de Atocha station and the Madrid underground station Atocha RENFE.

Barcelona Sants is Barcelona's main railway station and is owned by the Spanish railway infrastructure agency Adif. It has become the most important transportation hub of the Catalan capital – as the centre of the Rodales de Catalunya, including the railway services and regional services of the suburbs of Barcelona, as well as the main intercity stations of domestic and international destinations. The station is named after Sants, near Barcelona.

The station offers long-distance train services and Madrid is two and a half hours from the high-speed rail line. The high-speed network extended eastward to France to connect to the TGV network and completed direct TGV service in 2013. High speed service uses stations 1 to 6. The station also provides local and commuter train services to nearby areas.

The station is located in the Sants-Montjuïc district of Barcelona, just a few steps from the west of the city centre and easily accessible by metro or bus from anywhere in the city. Located at the end of Avinguda Roma between the two squares, it has two entrances. 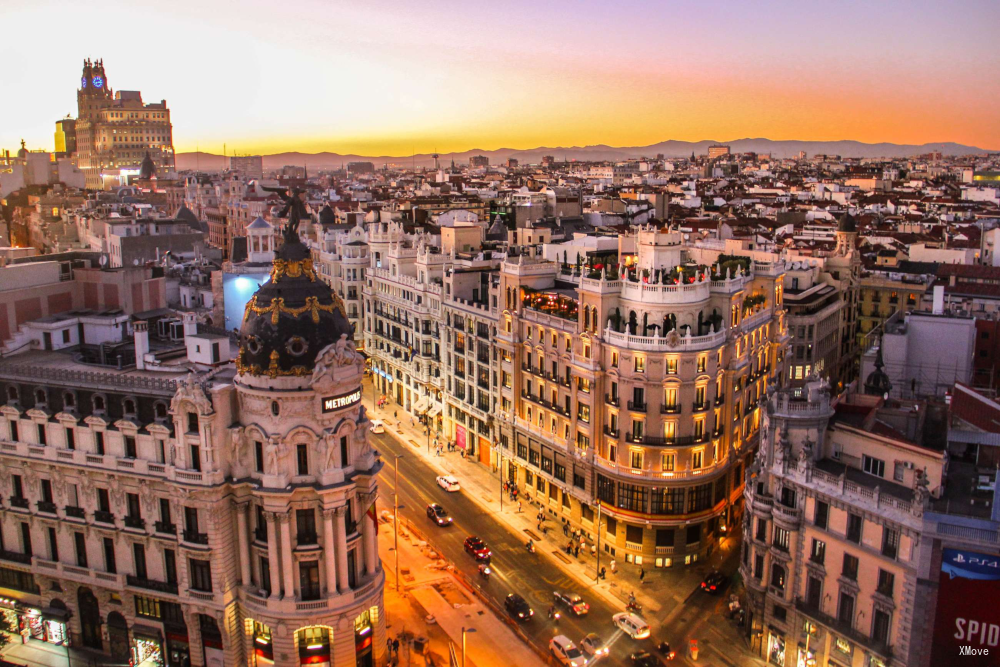 Madrid is not as colorful as Barcelona. It is not as old-fashioned as London, and there is no infinite prosperity in Paris. In the eyes of many travelers, she is even a bit unremarkable. As the capital of Spain and the largest city, people can experience the blend of classical and modern in Madrid, experience football culture, bullfight culture, feel the influence of the Spanish royal family on the lives of the people, or linger in museums or taste all over Spain. Gourmet.

The Prado Museum is one of the best museums in the world and is the most visited attraction in Madrid. It is the best work in the history of Spanish art from the 16th to the 19th centuries, such as the works of Velázquez, Goya, Greco, and of course a large collection of works by foreign Renaissance painters, such as Venice, Italy. Titian of the painting school, Rubens of the German Baroque, Jeronimos Boss of the Dutch surrealist, and so on. The total number of works in the museum is now 27,509, of which 7,825 are oil paintings, and the number is dazzling.

The Royal Palace of Madrid is the largest royal palace in Western Europe, with 3,418 rooms inside, each with its own character. There are a lot of beautiful oil paintings, collectibles, weapons, porcelain, watches, gold and silver items. One of the most important works is the five-piece violin made by Antonio Stradivari, one of the greatest string instrument makers in history, and exhibited in the concert hall of the Royal Library. In addition, there are collections of paintings by the famous Spanish painter Velázquez and Goya, and the paintings of the famous Italian Baroque painter Caravaggio.

Until today, the palace is still the official royal residence.   Transportation: Take Metro Lines 2 and 5 to Ópera Station and head west to cross the Royal Opera House and Oriental Plaza.

The square originated as a gate of Madrid in the 15th century, named after the city facade in the direction of the rising sun. The earliest building on the square was the old postal building of the 18th century, today the government building of the Madrid Autonomous Region, which was the National Security Headquarters during the Franco period. It may be worthwhile to pay attention to the semi-elliptical dark windows in the lower part of the building. This year was the prison for the recidivism against Franco. On the ground near the road in front of the building, it is the “zero kilometer” sign, which is the center of the Spanish national road network.

Transportation: You can choose to take the subway lines 1, 2 and 3 and get off at the Sol station.

As a capital, you can taste delicacies from all over Spain in addition to the local specialties stewed beef, Castilian soup, Segovia roast suckling pig, Valencia paella, even Spain Basque cuisine in the north. Restaurants and taverns are everywhere, and the palace and the Puerta are the most dense.

There are a lot of hostels in Madrid, ranging from general-purpose B&Bs to high-end five-star hotels. Many mid-priced hotels, concentrated in Puerta del Sol to the Gulangwei Avenue, are popular with young tourists and are close to Atocha Railway Station. Large hotels are very convenient for travelers who travel to the suburbs for a day trip.

Madrid's main shopping districts are concentrated in the area around Puerta del Sol to the Ka Yao Plaza and around Serrano Street. There are a variety of affordable fashion stores near the Puerta del Sol, in line with the general public's consumer market; as for Serrano Street, it is the world of famous boutiques, and it is often seen that locals dressed in Chinese costumes shop here.

Public transportation in the city of Madrid is very convenient. Metro, intercity trains, buses, night trains, light rails, etc. form a complete transportation network, which can be used to reach the destination in the day or night.

The length of the Madrid Metro is second only to London in Europe. It currently has 12 lines, 3 light rails, and the R-line connecting the city centre Ópera station and the Príncipe Pío station. Each line is labeled with a different color to facilitate passengers. You can check the line, timetable, transfer and other information on the official website. Download the PDF version of the map, click: www.metromadrid.es

Running time: Monday to Sunday 6:05 - 2:00 am the next day. During the peak period (8:00-22:00), the interval between departures is 3-4 minutes, and the frequency of departures at night and weekends is reduced, and the interval can be up to 15 minutes.

Barcelona ( BAR-sə-LOH-nə, Catalan: [bəɾsəˈlonə], Spanish: [baɾθeˈlona]) is a city in Spain. It is the capital and largest city of the autonomous community of Catalonia, as well as the second most populous municipality of Spain. With a population of 1.6 million within city limits, its urban area extends to numerous neighbouring municipalities within the Province of Barcelona and is home to around 4.8 million people, making it the sixth most populous urban area in the European Union after Paris, London, Madrid, the Ruhr area and Milan. It is one of the largest metropolises on the Mediterranean Sea, located on the coast between the mouths of the rivers Llobregat and Besòs, and bounded to the west by the Serra de Collserola mountain range, the tallest peak of which is 512 metres (1,680 feet) high. Founded as a Roman city, in the Middle Ages Barcelona became the capital of the County of Barcelona. After merging with the Kingdom of Aragon, Barcelona continued to be an important city in the Crown of Aragon as an economic and administrative centre of this Crown and the capital of the Principality of Catalonia. Barcelona has a rich cultural heritage and is today an important cultural centre and a major tourist destination. Particularly renowned are the architectural works of Antoni Gaudí and Lluís Domènech i Montaner, which have been designated UNESCO World Heritage Sites. The headquarters of the Union for the Mediterranean are located in Barcelona. The city is known for hosting the 1992 Summer Olympics as well as world-class conferences and expositions and also many international sport tournaments. Barcelona is one of the world's leading tourist, economic, trade fair and cultural centres, and its influence in commerce, education, entertainment, sports, media, fashion, science, and the arts all contribute to its status as one of the world's major global cities. It is a major cultural and economic centre in southwestern Europe, 24th in the world (before Zürich, after Frankfurt) and a financial centre. In 2008 it was the fourth most economically powerful city by GDP in the European Union and 35th in the world with GDP amounting to €177 billion. In 2012 Barcelona had a GDP of $170 billion; and it was leading Spain in employment rate in that moment.In 2009 the city was ranked Europe's third and one of the world's most successful as a city brand. In the same year the city was ranked Europe's fourth best city for business and fastest improving European city, with growth improved by 17% per year, and the city has been experiencing strong and renewed growth for the past three years. Since 2011 Barcelona has been a leading smart city in Europe. Barcelona is a transport hub, with the Port of Barcelona being one of Europe's principal seaports and busiest European passenger port, an international airport, Barcelona–El Prat Airport, which handles over 50 million passengers per year, an extensive motorway network, and a high-speed rail line with a link to France and the rest of Europe. 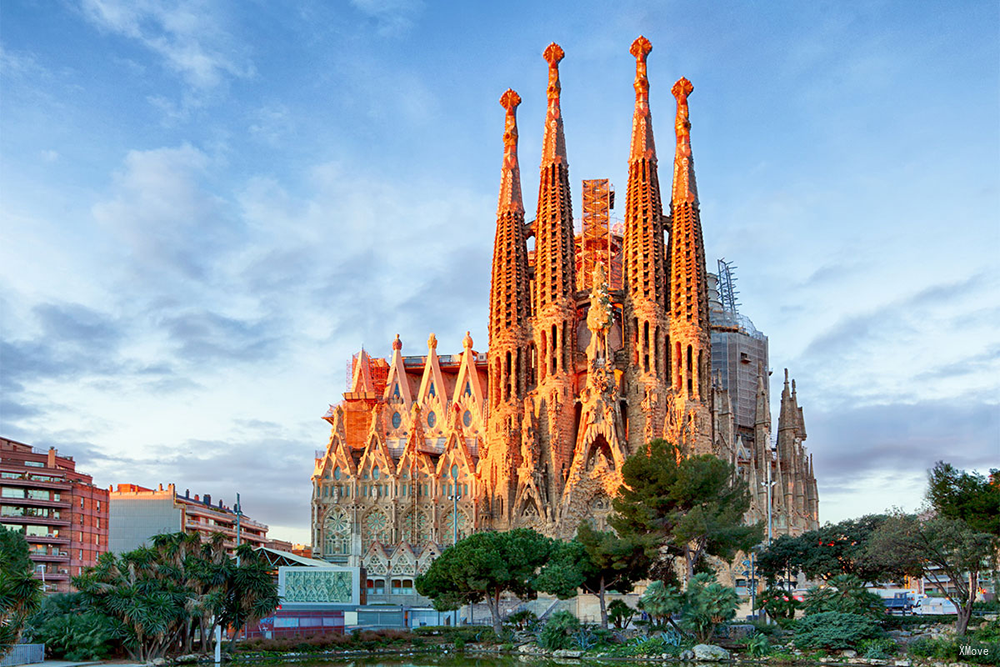