How to use Dijon Ville

The station building to the train is divided into two different sections:

(1) The iconic feature of Dijon Station is its main entrance to the rotunda, sourced from a building that mimics the London Underground station.

The station has a ticket office, a “SNCF boutique”, a traffic information office (you can get a map of Dijon from here) and an entrance to the car rental office. It is also one of the station access points that are located where most trains leave.

In Dijon, most stations are replaced by letters instead of numbers.

(2) If you enter the station through its main entrance, the second part leading to the station, its main departure hall, is located on the other side of the stairs/elevator.

The location of this departure hall is:

(i) Waiting room (ii) Information Desk (iii) Cafe (iv) Luggage storage at the main entrance at the other end of the departure hall. (v) Some hidden elevators are alternative passages to the train platform, which are located on the side of the entrance to the waiting room.

Going to the city center

Once you are in the front yard of the station, the tramway leads directly to Avenue MaréchalFoch, which is a pedestrian street. In 5 to 10 minutes you will walk to Place Darcy, which is located at the western end of Rue dela Liberté, the main street of Dijon. The tram stops in Darcy, but it is still a 5-10 minute walk from Dijon.

To the east of Rue delaLiberté is Place dela Libération, which is also home to the Musée des Beaux-Arts de Dijon. This area of the eastern end of Rue dela Liberté is served by the free "City" shuttle, which runs every 10 minutes during the day from Monday to Saturday.

However, it stops at 'Gare' and not in the front yard of Dijon Station, you have to walk 3-5 minutes from Boulevardde Sévignés to get to the station. 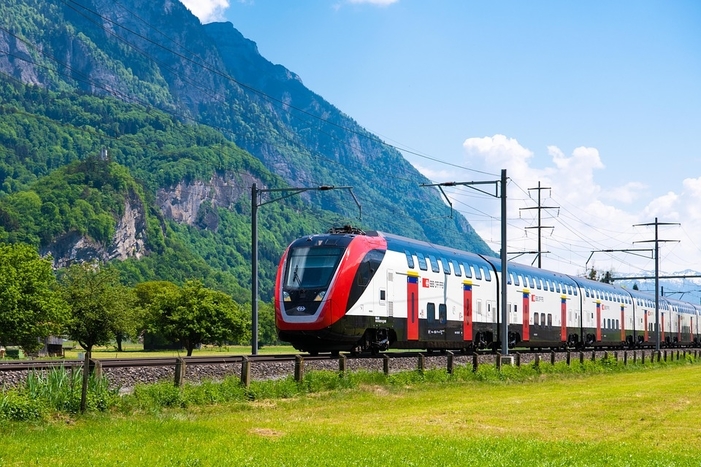