The Belgian Railway is operated by the National Railway Company of Belgium (NMBS/SNCB in French). The railway network is quite developed, and the domestic movement is almost by train. The types of vehicles are ICE, Intercity (IC) to major cities and other countries, Interregio (IR ground transportation) to major domestic cities in Belgium, and Local (intercity bus) to small towns. All stops are stopped, and the ride method is similar to the Netherlands. 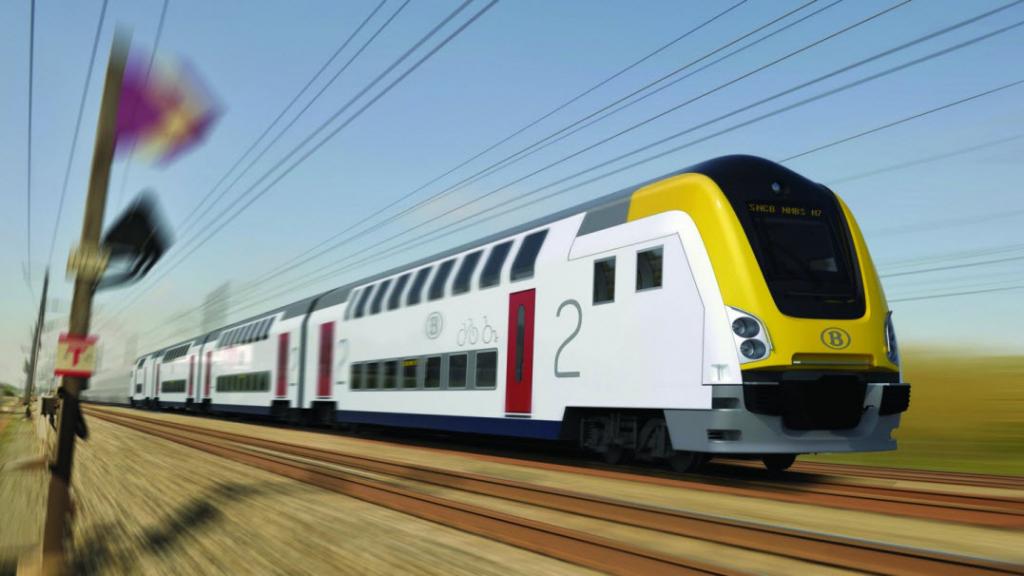 If you take a train to and from Brussels International Airport, you need to pay an additional Diabolo fee. If you buy a domestic one-way ticket, the fee is already included in the fare, but if you use a Rail Pass or a European train joint ticket, you need to buy Diabolo at the counter fee Ticket.

The Luxembourg National Railway is operated by the CFL, and the CFL Bus that travels between cities and towns. Although there are railway lines to various places, there are not many flights. 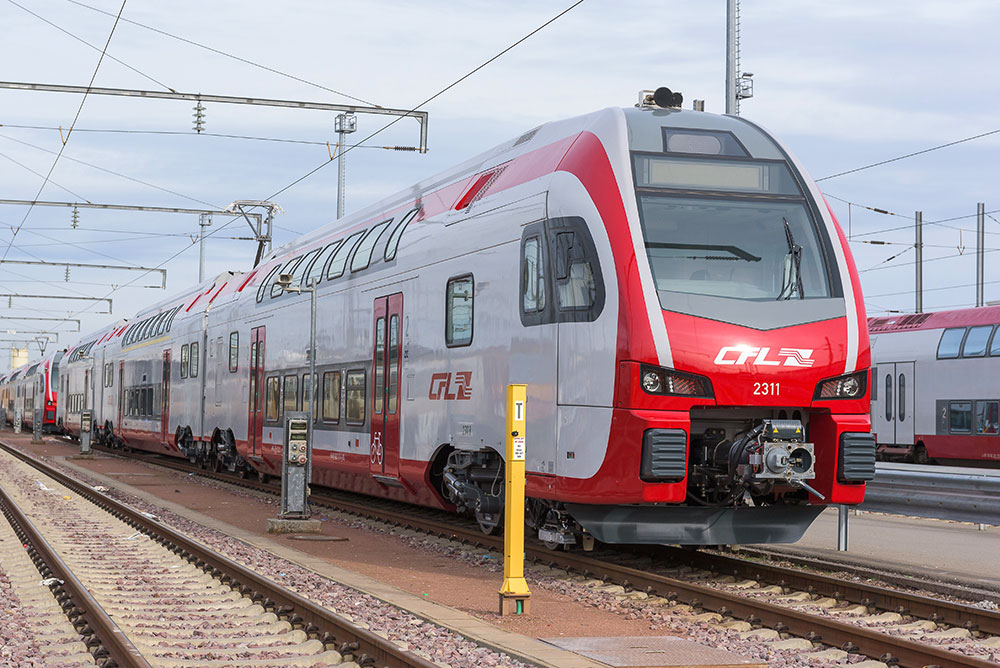 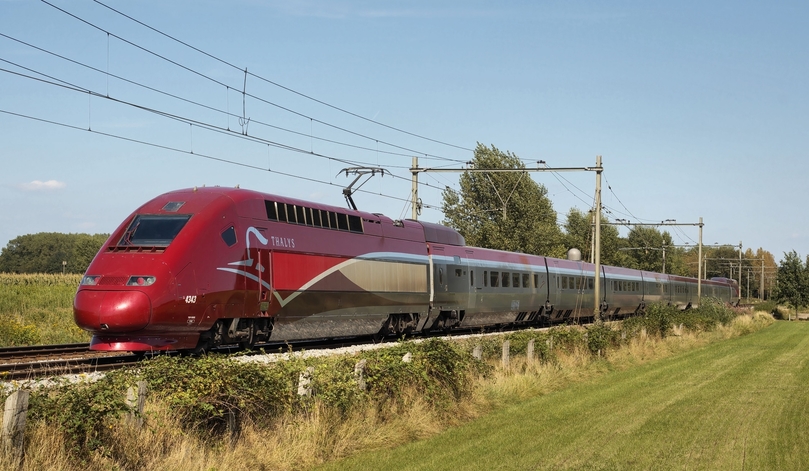 THALYS, also known as the Hercules Train and the Northwest Train, is the main line of France and SNCF's northern France and neighboring countries. The driving range is France, Belgium, the Netherlands and Germany, which are the main Western European developed countries. The cities reached Paris, Brussels, Amsterdam, Cologne, etc. are all must-visit places for tourists. THALYS also has two advantages, one is that the speed is close to 350 kilometers per hour, and the other is the on-time rate of up to 95%. Although THALYS also uses TGV train technology, the comfort of the carriage is much higher than that of ordinary TGV. The first-class seats also provide exquisite meals for passengers to enjoy on the road. Travelling in Europe, high-speed rail is stronger than aircraft, THALYS is the best case. From Amsterdam to Paris, 800 kilometers, THALYS takes only 3 hours, and the plane takes 4-5 hours to calculate the two ends, but it will delay more time. 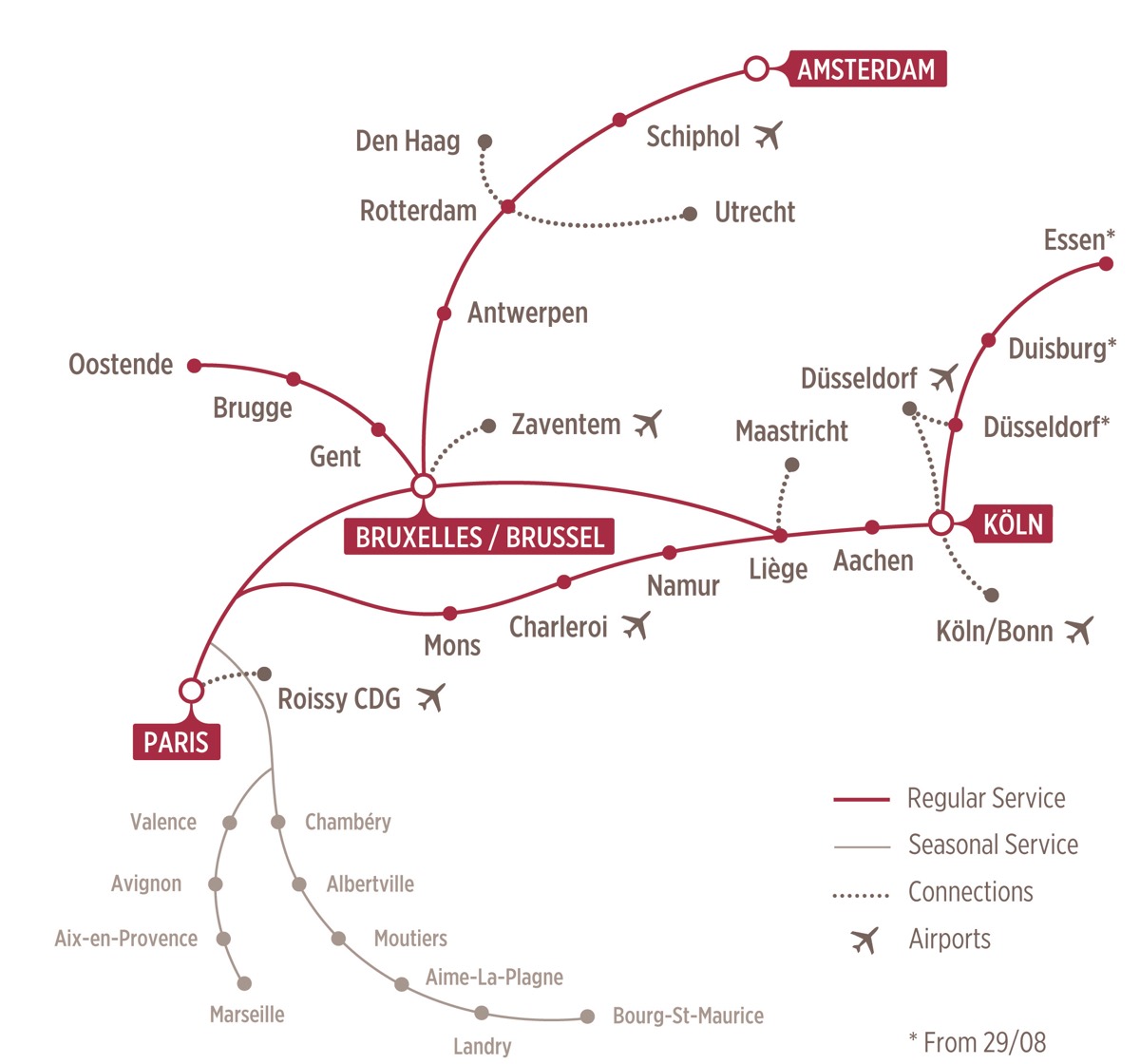 The Thalys high-speed train travels at a speed of 300 kilometers per hour and connects 17 cities in Western Europe. Thalys trains are known for their efficient travel time and excellent service. If you want luxury travel and save as much time as possible for sightseeing, then Thalys is your best choice. Start from Amsterdam, or take the train from Paris to Brussels-you decide!

The northwest train Thalys, known as the red train, reaches Brussels, Benelux, Germany and France, and runs at 300 kilometers per hour. There are up to 23 one-way daily trips in Paris and Brussels. Taking the Northwest Train greatly shortens the train ride time by almost an hour, and can quickly reach another city for your travel.

If you want to travel, you don’t have to worry about spending too much time on the journey. Cologne and Amsterdam are the most exciting recreational destinations. Since December 2009, Thalys has included these two cities in the itinerary. It takes less than two hours from Brussels to the two cities and only needs to depart from Paris. More than three hours. There is no reason not to travel!

Take the Eurostar as the first stop of the trip and set off from the UK. Take Thalys to connect to other wonderful destinations, which can be reached in just one morning or afternoon. 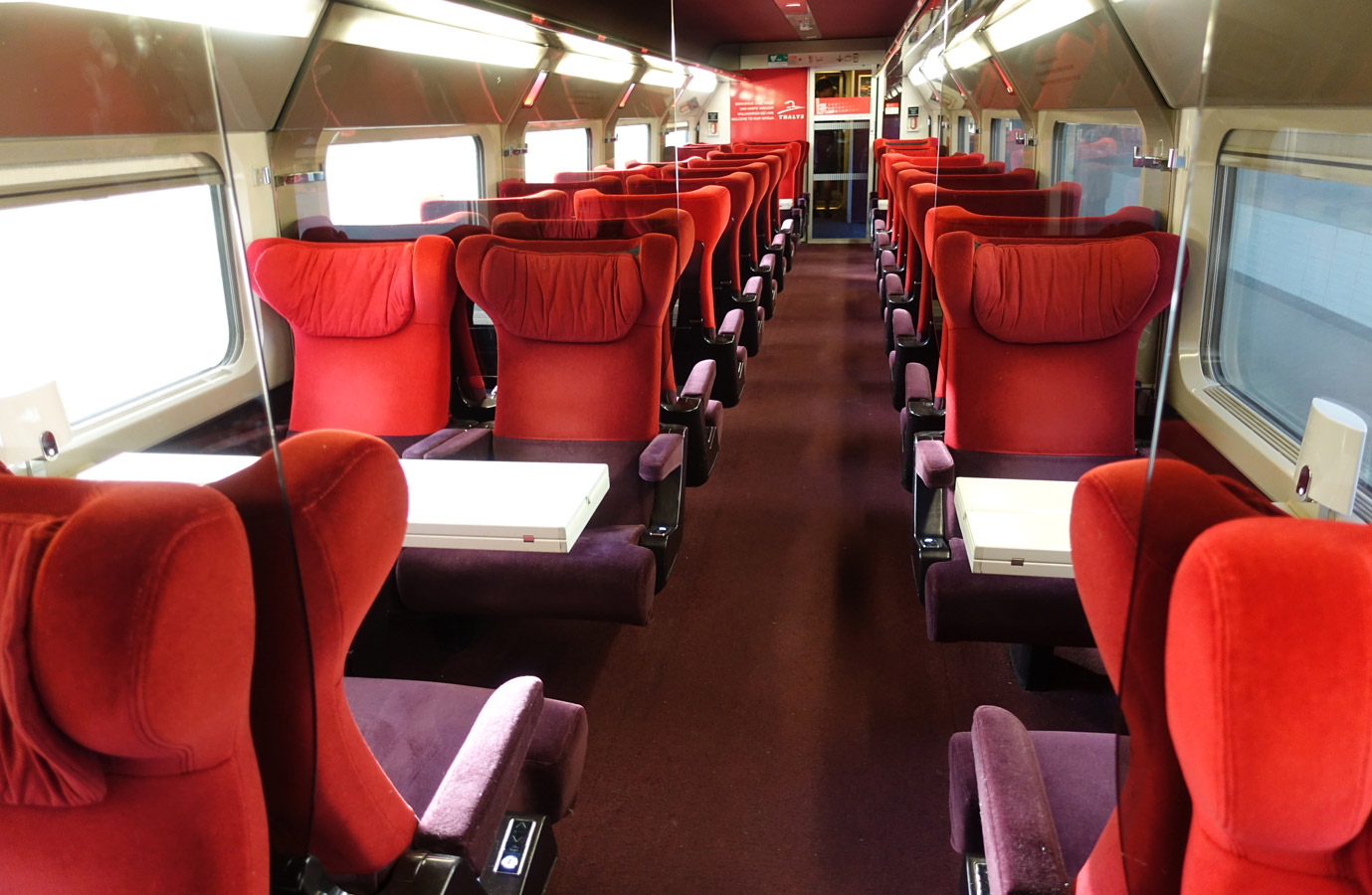 The on-board service is basically "appear, then disappear". After all of us have boarded and departed, I may arrive on time. They came by checking the ticket. Within 20 minutes after that, everyone else appeared in the car.

The next group of people brought food and drink carts. They surprised me by offering a variety of foods, because I didn't even think they would have a dinner. The first thing they give you is a warm, wrapped towel. 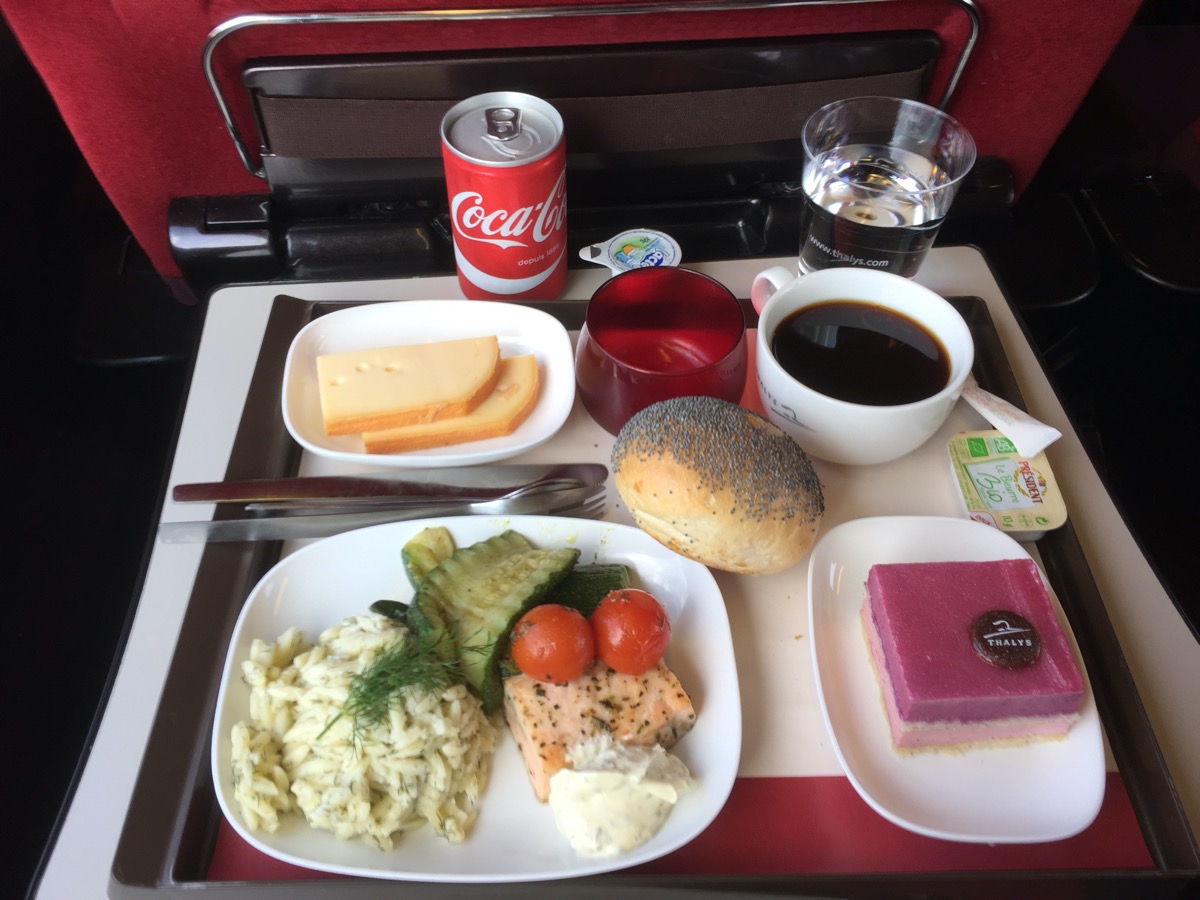 The food was surprisingly good and full. It consists of salmon steak (cold), some oregano and vegetables. They are accompanied by some cheese slices, coffee or tea, drinks and bread. For desserts, there are some very good raspberry cakes, to be honest, this is the highlight of this meal. The entire service took about 20 minutes, and about 5 minutes after completion, the tray was cleaned.

For those who want to take a comfortable seat in the first class, but do not need other services, First Class Comfort is your best choice. The seat is the same as First Class Premium. The plug next to the seat lets you not worry about the lack of power. Although the fare does not include meals, you can enjoy the on-board food at the Welcome Bar. Free WiFi allows you to get unlimited Internet access even while riding in the car. 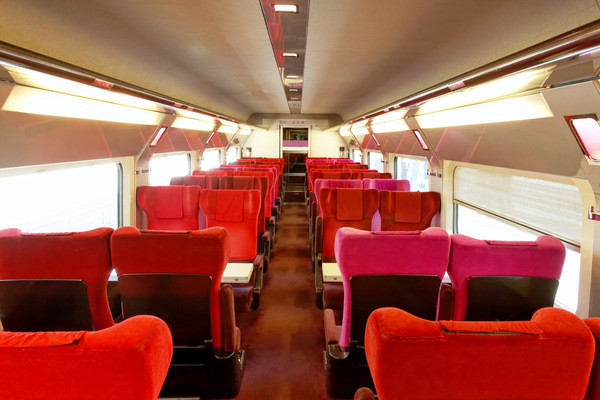 There are 256 comfortable seats: width 55 cm, leg space 73.4 cm, the distance between the seat and the seat is 91.4 cm, if the seat is in the opposite direction, the seat spacing is 101.8 cm. Paid WiFi is available so that you can surf the Internet unlimitedly while riding a car. In the 4 car, 14 car and 24 car for the dining car compartment, the catering bar provides a variety of food and snack services: breakfast, dinner meals, hot and cold food, sandwiches, desserts, hot and cold drinks. If you wish to purchase transportation cards for public transportation in the Netherlands, Germany, Brussels and Paris in advance, you can purchase them in the dining car.

You can easily reach Brussels South Station and Amsterdam Central Station by Eurostar. For the introduction of Eurostar, you can check out our UK Rail Guide

The high-speed railway from the Benelux Railway to Germany, Austria and Switzerland is operated by German Railway ICE. 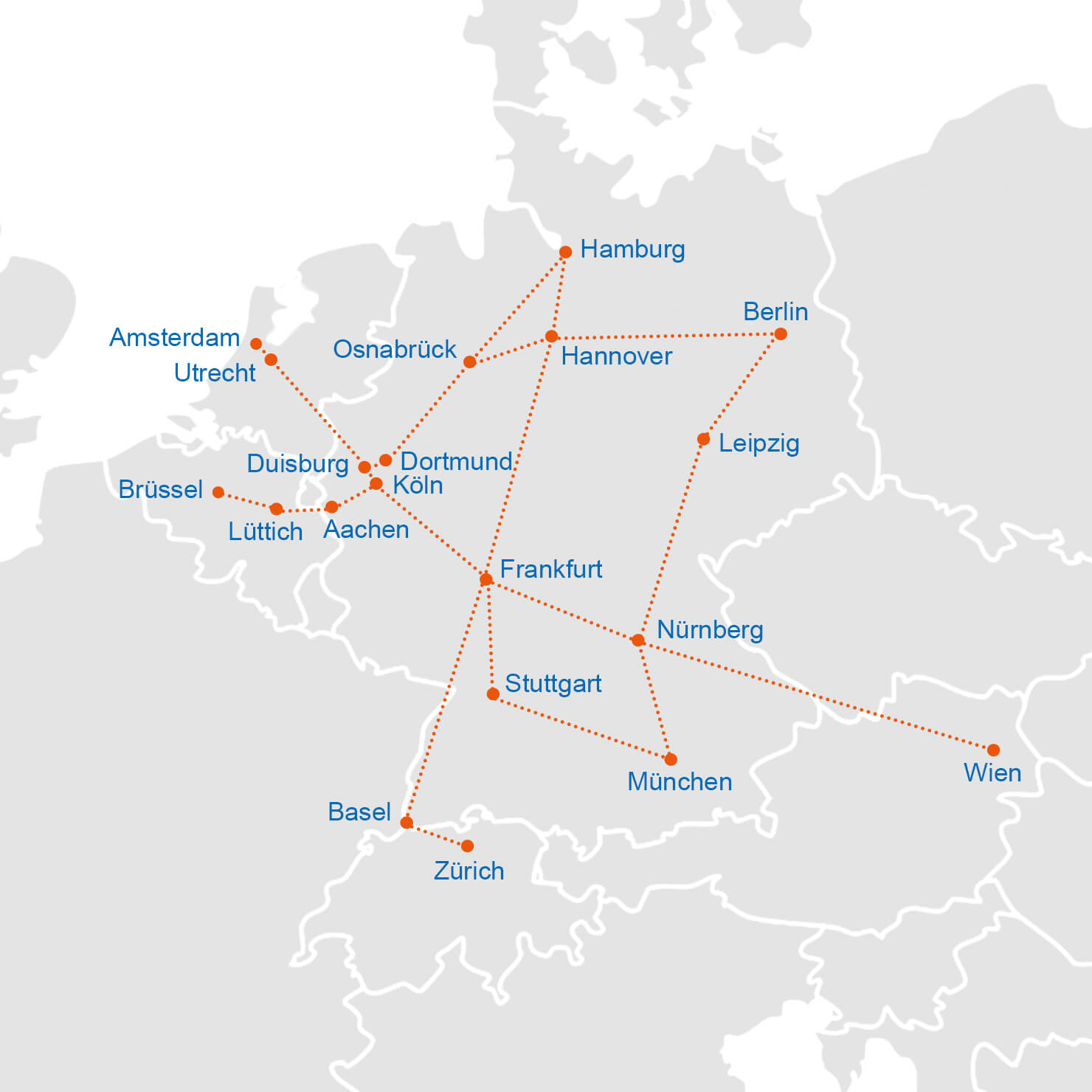 Benelux routes operated by ICE include:

Whether it is from the airport to the urban area, or the movement between the city and the city, you can use the Dutch National Railway! NS is the national railway of the Netherlands. It operates trains in the Netherlands. NS trains are divided into three categories according to their stops. Regional trains (Sprinter/SLT), intercity trains (Intercity/IC), and direct trains (Intercity Direct). The seat class is different, not the speed of travel. 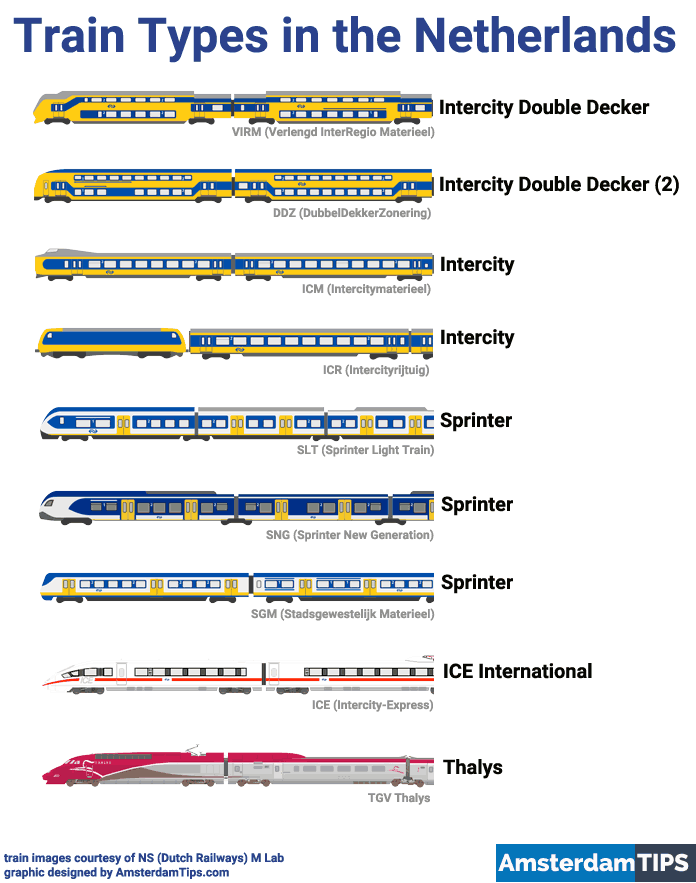 Intercity trains are fast domestic train services that provide limited stops between major centers. If you travel from one city to another, these are almost always the best and fastest options. Among them, the direct intercity connection is the faster way of travel between Amsterdam Central, Schiphol Airport, Rotterdam Central and Breda.

There are two types of intercity trains: Intercity Direct and Intercity. It is also divided into double-decker and single-decker vehicles.

With the exception of Intercity Direct, the use of standard Intercity services does not require any supplements or seat reservations. Many intercity trains provide free on-board WiFi and have real-time travel information screens.

Spinter service is a slower stop train service, usually stopping at all stations between cities. 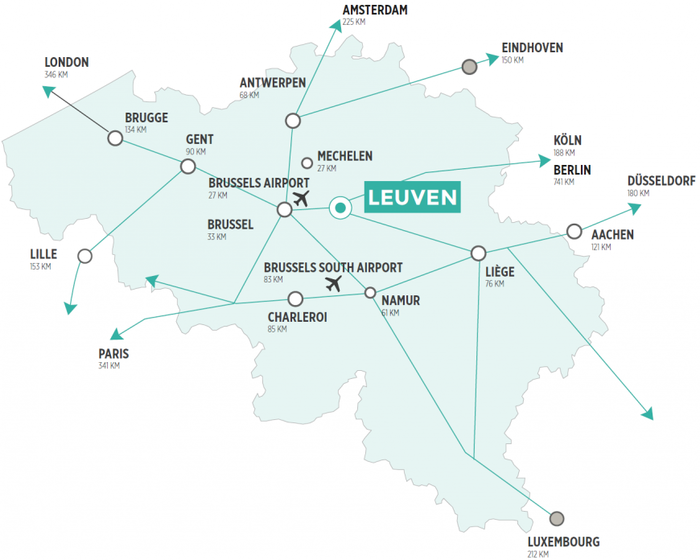 The IC (intercity) train is the most common train service in Belgium. It is not far from the main Belgian cities, and there are trains to neighboring countries such as Germany, the Netherlands and Luxembourg. They have first-class and second-class seats, and the cars are open by design. Many trains used in intercity services can also be found on local (L) trains. The difference between these two train services is only the number of stops on the journey. 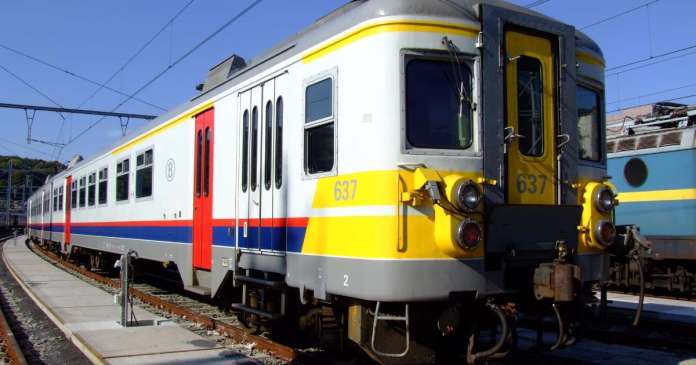 Local or L-line trains connect Belgium's provincial towns and villages to destinations such as Brussels, Liege and Antwerp. Train L stops regularly but arrives farther away. However, they also provide transfer links to the intercity (IC) network.

D'Heure de Pointe (P) trains mean "rush hour trains" and they provide relief to the train network when they are busy. This type of train can only operate in the early morning and afternoon, and it is not possible to reserve seats, but you can choose first-class or second-class seats. (P) Trains use different train models to ease congestion and make the Belgian railway network unobstructed.

Most of the Reseau Express Regional (S) trains travel on suburban routes in and around the capital Brussels. The S train runs at regular intervals, so the service cannot be booked. They also have space to transport bicycles, and newer models are also equipped with electrical outlets. Reseau Express regional trains are sometimes called RER in French and GEN in Flemish (Netherlands).

The Eurail Benelux Pass is ideal for exploring Belgium, the Netherlands and Luxembourg by train. Visit popular destinations such as Amsterdam, Brussels and Bruges.

Most high-speed trains (ICE, TGV) and night trains need to be booked in advance, and have to pay an additional fee. The first-class and second-class bookings in Belgium are 4.5 euros; the first-class cabins in the Netherlands are 3 euros, and the second-class cabins are 2.6 euros. The Amsterdam-Schiphol route does not require reservations. For details, please refer to Eurail Reservation Website.

The price of train tickets in Benelux adopts a floating system, which is similar to buying air tickets, and the price of the same itinerary will change. Generally speaking, the sooner the booking price is about cheaper, the price will be high during the peak tourist season, and it may be sold out. The pre-sale period is usually three months.

Tickets can be checked directly on the G2Rail website and xmove App. 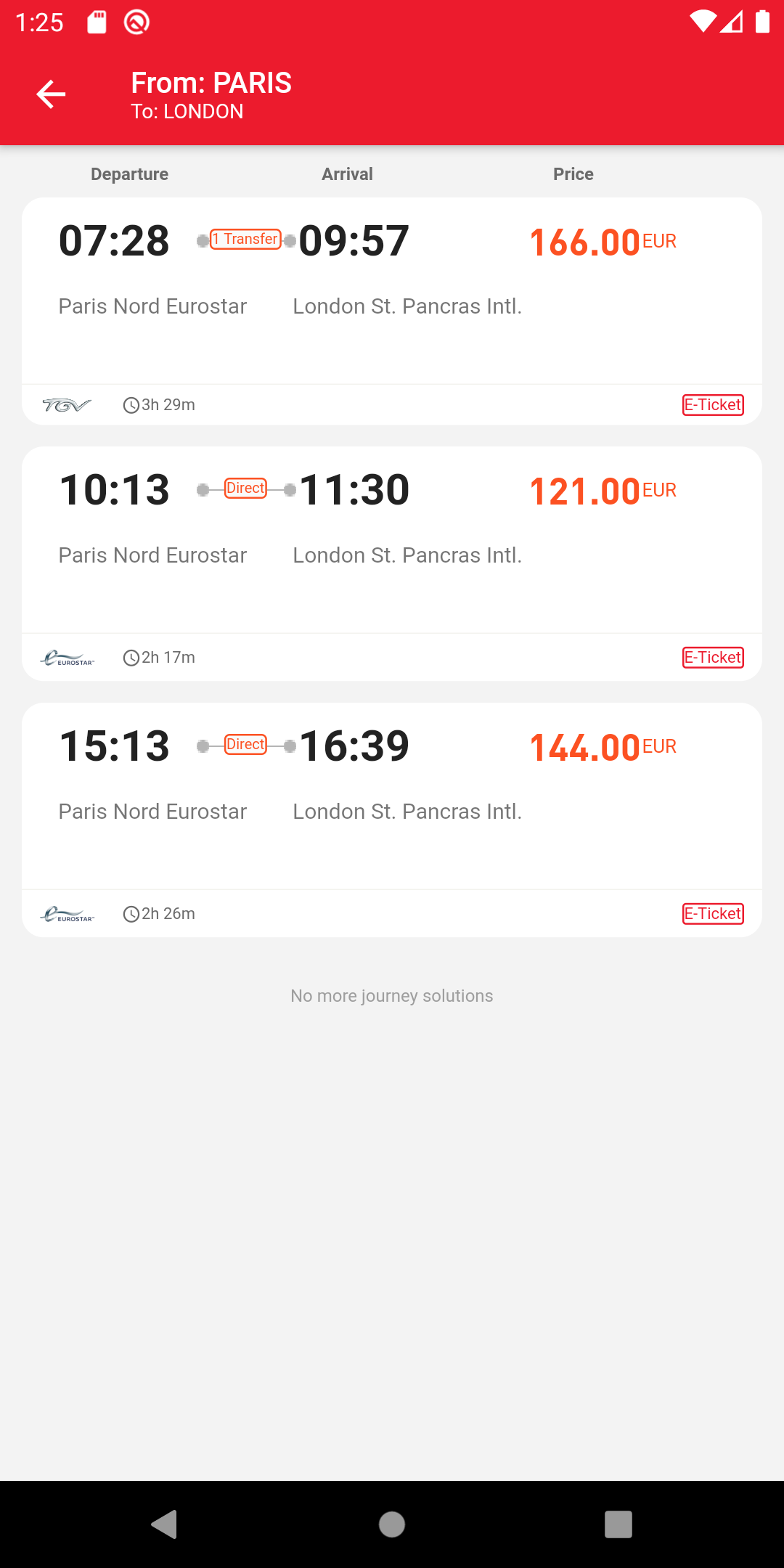 After the reservation is successful, the mailbox will receive an email to confirm the ticket. The attachment of the email is the pdf file of the ticket, which needs to be printed on A4 paper for use. In addition, the xmove App scans the code directly, and the e-ticket is loaded. Use the mobile phone to show the electronic ticket, and scan the QR code for the train staff when checking the ticket.

The Eurostar or Hercules trains will also enjoy interchange discounts, from any Belgian station to Brussels South Station.

No need to change trains immediately. As long as you do it within 24 hours, you can spend some time on the way to Brussels. Tickets with this discount only show the time to and from Brussels.

Please ensure that you have sufficient time to reach Brussels from your final destination for the return journey.